There are 4 properties in the 8200 block of Apricot that have the same owner. The information we have is that these properties are owned outright and have received Road Home money to repair. Pre and immediately Post Katrina all 4 properties had houses on them. In February of 2007 a tornado so damaged one house (that was already in poor repair) that it had to be torn down. 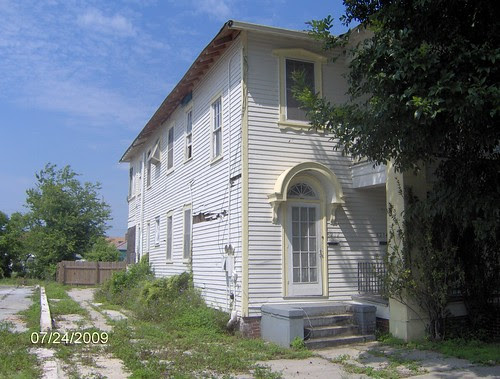 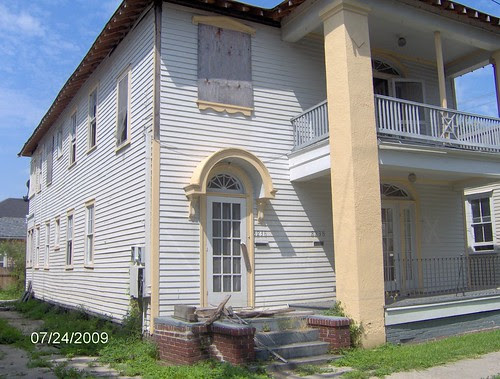 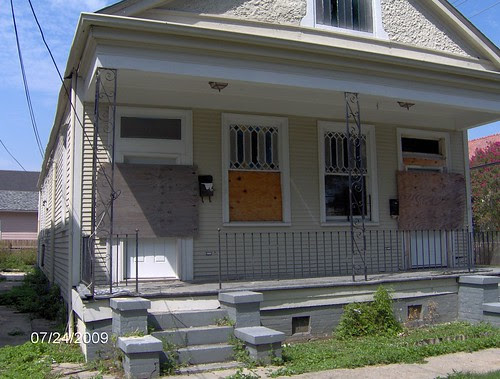 The only reason these properties don't look worse is because the neighborhood has had 2 cleanup activities (2007 & 2009) and we do what we can to keep the sidewalks clear. It is the opinion of the neighborhood association that the owner is currently allowing the properties to be demolished by neglect.

Isn't it nice for her that she lives in Harahan. It lets folks in Jefferson Parish trash talk New Orleans, while doing the trashing themselves.
Owner Name BOOKER ENTERPRISES LLC
PO BOX 2311220
HARAHAN LA 70123
Posted by NorthWest Carrollton at 11:20 AM

You have no idea what you are talking about. I have been assisting this lady for over two years in trying to obtain road home funds to repair these properties. It was only been within the last few months that partial funding has been allocated. This lady lost everything when Hancock bank took all the insurance proceeds paid off the loans and left her with the property, free and clear, with no money to repair them. BLAME YOUR GOVERNMENT not Ms. Booker.

Whoever posted this is an ass. The implication that an individual who invested her life savings in New Orleans and lives in Jefferson doesn't care about New Orleans neighborhoods is what makes this separateness concept perpetuate. Since I am certain that the poster is one of the neighbors of this property, why not take the time to check with the 2nd District NOPD and find out how many times improvements (wiring, plumbing, etc.) have been stolen from these properties since renovations have begun. I'll save you the trouble, try (3). Three burglaries that have resulted in all the wiring and plumbing removed costing Ms. Booker over $9000.00 each time. Why don't you start and neighborhood watch to prevent this from occurring instead of bitching without the facts. Or is that only done in Jefferson Parish?

We were not asking for miracles only that the properties be appropriately secured and further damage be prevented. This did not happen... for years.

When the properties are left open for anyone to walk in and through it does not surprise anyone that they might be vandalized or have items stolen from them. This is one of the reasons they were reported for blight.

Ms Booker has had many chances to tell her story to the City of New Orleans. She has been found guilty of blight by due process

AND amazingly the properties are now under repair.