Louisiana Irises in the Costco landscaping

When you see Louisiana Irises in the Costco landscaping... this is the back story.
I guess this is what they mean when they say the power of social networking.

These Costco folks are pretty amazing.
Can't wait for the store to open!

Thank you very much for your recent e-mail concerning the Louisiana Iris and our new Costco.
We have identified a few areas on our site where we can substitute scheduled plant material for Louisiana Iris.
These areas would be at our site corners and entrances at Dixon and Carrollton, Dixon and Dublin and at the entries along Palmetto.
Please see the attached PDF with the areas highlighted in pink.
I hope that this effort meets the spirit of your request, and regret that we can not provide additional coverage due to the fact that the majority of the plant material has already been ordered or purchased.
We are looking forward to our first Louisiana location joining the neighborhood.
Sincerely,
Todd Thull
Vice President
Costco Construction 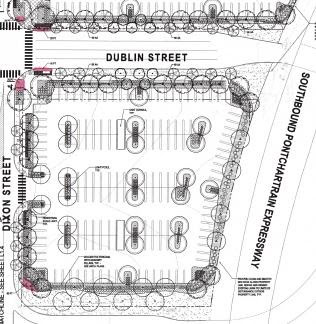 Posted by NorthWest Carrollton at 10:42 PM