Below is a photo of the rare Pothole Killer taken on September 10, 2012
As I understand it the Pothole Killer covers specific parts of its natural range based on day of the week. District A - Monday, District B - Tuesday.....

But alas it has not.  The Pothole Killer did not even kill the Pothole over which the photo shows it hovering.

So we are sending communications to the City which will include a link to this picture and see if we can entice the Pothole Killer back to NorthWest Carrollton. 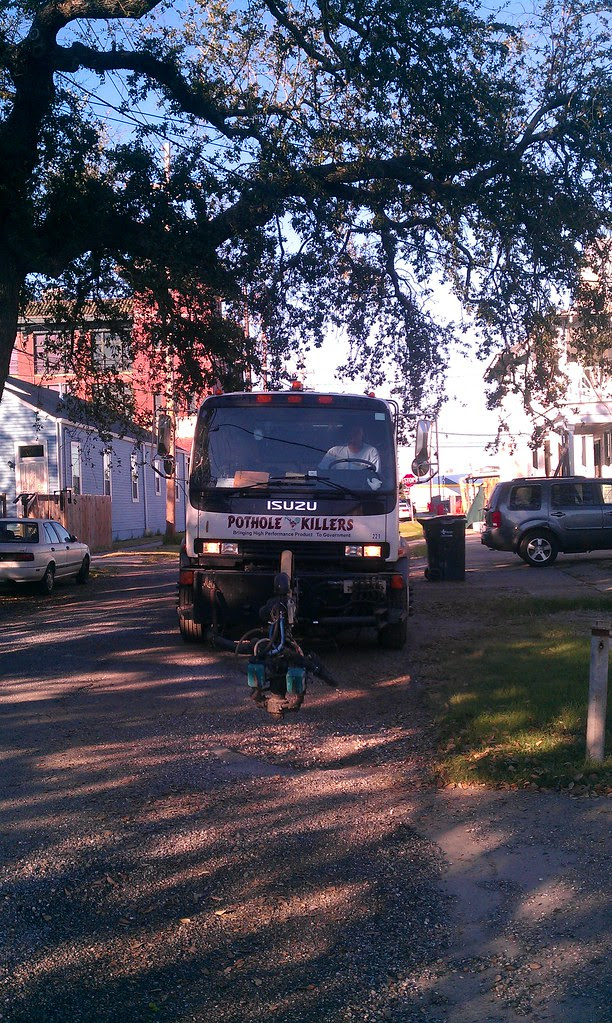 Posted by NorthWest Carrollton at 10:23 AM